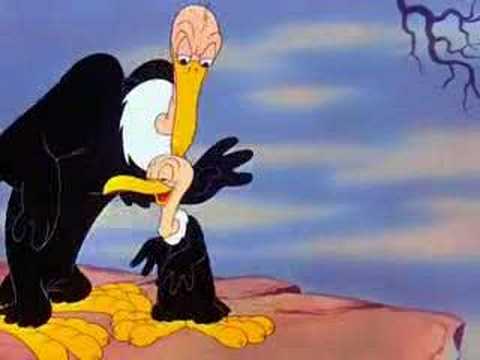 Hopefully you all had a good time on Friday, despite the technical issues we encountered. I’m going to split up the island map so hopefully it isn’t too taxing on all your computers. It shouldn’t take too long. During the module there was a lot of enthusiasm, which was great! It was one of those sessions where everyone—both your characters and my monsters—seemed to hit.

After taking a well-deserved rest on the beach, the party wakes up at about noon to continue the exploration of the island. They find a weed-choked dirt path through the jungle, which they follow into a burnt-out village. Before they can explore further, a pack of murderous vultures attacks! One in particular is especially loathsome; its wingspan reaches well over twenty feet long, and its stomach is so engorged with carrion that it hangs in fleshy rolls over its legs.

Despite their battle experience, the party suffers heavy injuries: Star Killer is first to be impaled by the giant bird’s halberd-like beak, and Hrafn falls to the ground bleeding out as the repulsive bird lands a powerful stab. With a sustained assault from all the party members—including Hrafn heroically stabbing up at the bird from the ground and Theodore quaffing his feral mutagen—the avian menaces are eradicated and the party moves on.

Hrafn and Theodore examine a pile of burnt bones and determine the creatures that lived in this village were definitely human. Star Killer and Theodore also examine a crucified skeleton clad in red and black, and find evidence that this village was ordered to be burnt by a Captain Arron Ivy. In addition, an extremely emaciated ghoul crawls through the weeds to grab at Star Killer! With a flourish of his mighty lucerne hammer, Star Killer delivers a coup de grace to the undead, which strangely thanks Star Killer for the courtesy.

This puzzles Theodore, who was in earshot, as ghouls are typically mindless and not prone to communication. The party members keep this in the back of their mind and continue.

The road from the village leads to a burnt out bridge spanning a stinking mire. Little more than timbers remain of the bridge, so the group has to use their skills at acrobatics to cross the marsh. Before any of the seven members can make it very far, a ten-foot long anaconda slithers its way across the swamp! The massive reptile delivers a punishing blow on Theodore, first by biting him with its huge jaw, then crushing the life out of him with its body!

Desperate to save their friend, Banmoril launches an icy assault from the shore with a Snowball spell, and Likour overcomes his innate cowardice to leap across the ruined bridge and heal his allies. Thoka decides to fight fire with fire, and sends her snake to bite and snap at the anaconda’s tail to distract it. Eventually, the creature is destroyed, and the party makes its way deep into the jungle.

The jungle path eventually leads to a large tree, and the path forks to the east (towards a beacon), and south towards something called “The Boudoir”. Banmoril suggests taking the eastern path first, but as the party moves under the tree, the vines seem to come alive and attack! The tree is infested with vine chokers—a jungle variant of the aberration—and they’re out for blood! Though one choker manages to land his vines around Banmoril’s neck, the group of chokers is no match for the party, and they’re quickly dispatched.

With a whoop and a Shoanti war-cry, Star Killer climbs the tree looking for the chokers’ hideout. He finds a small pile of treasure and a strange potion, which he eagerly shows the party before they continue east.

As the sun sets, the group makes it to the path leading to the beacon, but an obstacle hinders their progress: a full-grown dire boar! Tiny Likour attempts to use his Wayang race’s natural mastery over stealth to creep by the thing, but the boar detects him with his keen perception! The boar madly charges with all the porcine fury its nearly one-ton body can manage, and gores poor Likour!

Using an encircling maneuver, the party manages to kill the large beast before it can inflict further injury. Theodore slices off a large piece of the creature for himself for later in the hopes Kroop knows a recipe for primal boar.

Examining a clearing nearby, the group finds a naval uniform, a ceremonial saber, and a box of torches and tindertwigs. A note within the uniform suggests that these oddments belonged to a naval officer dying of ghoul fever who was ordered by the Captain to light the beacon. Theodore examines the medal on the uniform, and deduces that the uniform belongs to the Cheliax Navy. The burnt skeleton at the beacon fire pit, along with a note she scrawled on the back of the letter, suggest that the officer committed suicide rather than let herself become a bloodthirsty ghoul.

The group sees little use in lighting the beacon, so they gather the assortment of items from the clearing and backtrack to the fork in the road to head south.
Night falls, and the party lights lanterns and torches to illuminate the dark and mysterious jungle. Travelling on the southern path, they eventually come to a crude wooden gate. Star Killer uses a technique colloquially known as the “Shoanti Lockpick” to break the gate down, and the group is repulsed by what they find lying in wait for them!

Past the gate, the ghoulified remnants of the ship’s (male and female) prostitutes have banded on the path under the guidance of their now-undead madam, a cleric of Calistria. In addition, their star attraction, a muscular bard named Magic Mikael, has become a murderously-insane ghoul! Far from being mindless undead automatons, these ghouls present a coordinated and intelligent fighting force!

The muscular ghoul uses his bard magic to diminish the party’s fighting effectiveness; first by willing Star Killer’s hammer to be covered in grease, then by inflicting Unnatural Lust on Theodore! Star Killer, not missing a beat, whips out his claws and goes to work dispatching the undead minions. The other members of the party are also under attack: Thoka is on the ground paralyzed after a ghoul claw hits home, and Hrafn is disarmed after an attack from one depraved ghoul! Banmoril’s locked in combat with the Madam, and Likour busies himself with channeling positive energy to counteract the Calistria cleric’s negative energy.

The battle is tough and slow-going, but the tide turns in the group’s favor. The weaker ghouls are ground to dust, and the party’s heavy hitters manage to take down the madam and the crazed bard with powerful hits. Rifling through the reeking brothel, the party members find a heap of jewels and treasure, along with a sorely-needed Potion of Cure Moderate Wounds.

With midnight approaching, there are only 24 hours left to save Rosie!

a. Burnt out village –

First week of May TBD