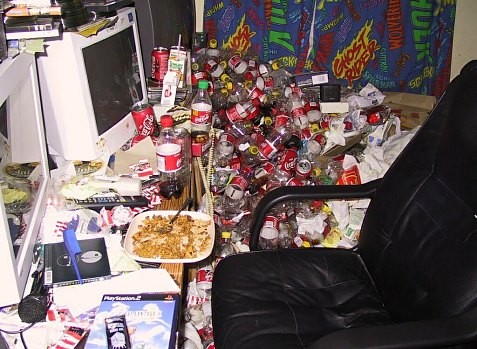 Great game everyone! Hope everyone had a good time; I know I had a good time DM’ing using Roll20. Seems like it’ll be an excellent tool for games. Next module will be Skulls and Shackles Part 1.

One summer day, the members of the group were enlisted by Kendra Deverin, the Mayor of Sandpoint to take on the creature that had been stealing livestock. They were directed to a hill several hours outside of town, where they found a cave mouth leading to a mossy wall and a statue of a warrior. Star Killer pulled on the statue’s fist, and the wall opened up into a hobgoblin hideout!

As the hobgoblins brandished their weapons, Theodore tossed a bottle of acid, and the fight was on! The hobgoblins fought long and hard, but the group eventually took them down with the help of Heavenly Peach Petal’s music, acid, heavy flails, battle axes, and tiny maces. Past their hideout, the party found an intact fountain devoted to Desna. The water gave a few members a boost before becoming unmagical, and then it was onto the next room: an altar room under the guardianship of two bronze statues of Desna.

“Approach with humility, and live!” the statues bellowed.

Several of the party members approached the statues by kneeling and moving, which prevented the statues from unleashing their powerful Burning Hands trap. Star Killer got to the altar first and took a large ruby from the offering cup. It was an Energy Heart, a relic of Desna that can absorb all sorts of elemental attacks. The room’s guardians deactivated, allowing the group to move forward.

As the party opened the door to the next room, they noticed lots and lots of spider webs and a bloated goblin corpse. Theodore approached the goblin carefully and found a wooden toy dragon, but then the corpse burst into a spider swarm. Two giant spiders descended from the ceiling and attacked!

Banmoril, thinking quickly, shot a Spark spell on a web one of the spiders was sitting on, plummeting it to the ground. Star Killer was bitten repeatedly by the other spider’s fangs and took heavy damage to his muscles from its poison. Likour tried to assist, but he was knocked unconscious. Banmoril was covered in spiders, but Theodore landed a bomb that blew the tiny creatures away.

After a quick rest, Star Killer found graffiti mentioned how the goblins were afraid of the “wyrm” and that its “breath is death”. The group then came across an underground lake surrounding a small island. Grox and Star Killer swam out to investigate, but Grox had to turn back. Grox found a pile of treasure, including a sword with a golden dragon hilt. Disturbed by the movement in the water, two reefclaws burst out, spoiling for a fight!

Grox took one on without the benefit of armor, but the other escaped into the water under the influence of Likour’s Cause Fear spell. Heavenly Peach Petals landed a critical blow to the first reefclaw with a well-placed shot from her bow, but in its death frenzy it swung its claws at Grox wildly! The second was dispatched without too much trouble, as it was still frightened.

After the turmoil, the members examined a strange pillar that described a fable of a fisherman devoted to the service of Desna. Banmoril deduced the meaning of the story and touched the appropriate symbols, and found he could breathe under water! He dove into the lake and found a bar of platinum that had sunk beneath the water. They also examined the sword, and found that it was a Dragon-Bane Sword!

Glorying in their newfound wealth, the members moved on to a passage blocked by a wood door. Voices were heard squabbling in Goblin behind the door, so Theodore took a listen and translated.

Star Killer kicked the door in, and the party found a group of four goblins arguing, and a fat goblin named King Fatmouth sitting on a “throne” of a repurposed tavern chair. The goblin sitting in the chair ordered the other goblins to not attack. The group conversed with the goblin leader and found that the goblins were under the guard of the hobgoblin slavers near the cave entrance. Rejoicing in their newfound freedom, the goblins left and gave the group treasure that they had hoarded from their slave masters.

Standing in a now empty hideout, the group decided to climb up a cliff shrouded in a strange mist. Once on top, they found six empty tombs, their lids long ago pried open. As Theodore examined a tomb, two skeletal champions clambered forward in metal armor. Even though the skeletons’ swords were masterwork and very sharp, the party prevailed and moved forward. They examined a cave-in, but couldn’t move the boulders, so they continued up a set of stairs into a stone chamber.

They were presented with two doors: one made of iron and one made of heavy marble. Behind the iron door, they could hear the faint sounds of loud snoring, so they chose to open the second door. Likour found the secret switch, and with the sound of grinding stone the ancient doors opened. Inside, the group found the long-dead remains of a priest of Desna, along with his ring and holy symbol. They also found a fishing rod, showing that the interred priest was actually the fisherman from the fable.

The group went back to the wider chamber and put their ears against the iron door. The snoring they heard before stopped. Steeling themselves, they opened the door and came face-to-face with Black Fang! Still groggy from sleeping and full from eating, Black Fang offered the party the chance to flee if they bowed before him. They refused, and the final battle began!

Drinking a homemade mutagen cocktail, Theodore grew huge and slammed the dragon in the head with his mace. Star Killer rushed forward and drove the Dragon-Bane Sword deep into the dragon’s belly as he could. The wyrm, now sporting his first wounds in more than a century, lashed back with claws and his huge bite, but everyone fought with everything they had.

Now enraged, the wyrm unleashes a powerful breath attack: a vortex of acid! Likour, Banmoril, and Theodore fell unconscious and started bleeding out, but Star Killer, Grox, and Heavenly Peach Petals fought on. Impressed with their tenacity, Black Fang departed, eager to fight them again another day.

Without the threat of the dragon, the party was free to heal their wounds. Surprisingly though, King Fatmouth came into the chamber flanked by his four goblin friends. Sending them away, Fatmouth revealed himself as Rozgul, a Pathfinder operative with the Heidmarch Manor, a Pathfinder guild in Magnimar. Rozgul thanked the group, and vowed that Heidmarch would hear about their deeds.

Sure enough, when the treasured-fattened party came back to Sandpoint, they found that their lodging accommodations were paid for by the Heidmarch Manor. Not only that, Canayven Heidmarch and Sheila Heidmarch themselves made the trip to Sandpoint to offer them a place in the Manor and a Bag of Holding! The group accepted, and the Heidmarch Manor gave them their first assignment: rescuing two Pathfinder operatives press-ganged into the service of a brutal pirate captain.

Now, the party has one week to prepare to join a pirate crew in the hopes of causing a mutiny!

That was a lot longer than I thought, so here’s the loot list: