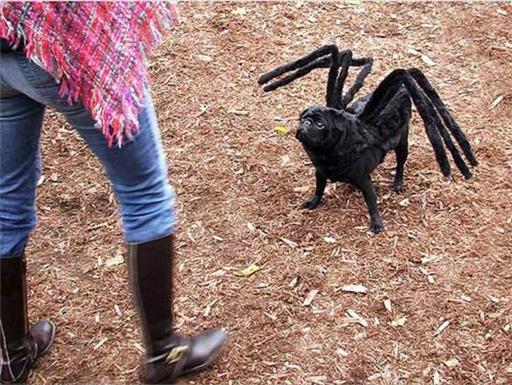 Alright, it’s been a while everyone, but now with our respective craziness out of the way, it’s time to finish up The Godsmouth Ossuary.

On my end, I just want to say I had a really good time the last time DM’ing, and everyone seemed to be really on the ball and enjoying themselves too, which was great. We got through a lot of encounters and secret stuff in a relatively short (for us) amount of time. Hopefully everyone will have an even better time this time, and to that end I’m trying to spice things up by making more fanciful room descriptions, think of combat descriptions, etc.

Firstly, here are the challenges you’ve all completed so far. I got a lot of positive feedback from them, and I’m going to make some new ones for (hopefully) the last session in this particular part of the Ossuary. I have to think of more bad puns though! (Click to embiggenate):

Second, here is a down and dirty summary of the encounters and things that happened so far. I’ll go over what way you guys went when you get here:

Intro:
– Contracted with Church of Pharasma to find out what happened to missing bodies
– Went into the upper portion of the Godsmouth Ossuary that is normally not open to visitors (this is where bodies are interred for a high price)
– Church official gives you a Chime of Opening with 5 charges, along with a flask of holy water, a potion of cure light wounds, and adventuring supplies
– She mentions that you need to save a charge for the way back, since the church has no way of knowing what happened to you if you knock on the door

Game proper:
– Went down stairs, reached a chamber with 3 Pharasma-symbol doors
– ENCOUNTER 1: Darkmantle
– Went through the middle door using 1 charge of the Chime, into a corridor of alcoves
– ENCOUNTER 2: 4 skull spiders
– Went through door and onto a bridge overlooking a large chamber
– Saw various statues, 7 white and 1 black
– Went through door at end of bridge
– Go to a crossroads, heard a thumping noise from the east and determined it was an undead vargouille (floating head)
– ENCOUNTER 3: Undead vargouille
– Explored the room with the vargouille, then opened door to next room, whereupon the room went dark
– Determined with darkvision that the culprit was a dark creeper
– Managed to calm it down enough to realize that it was trapped in here by something in the room over and by the vargouille. The creeper leaves, leaving behind treasure for the party
– Leaving the next room (guarded by something snake-like according to Falk), the party goes back to the crossroads and heads down the other corridor going west
– Party finds two rooms facing each other that emanate a strong magical aura. When a pebble is tossed into one room, it comes back into the other.
– Party finds another crossroads and heads south.
– Party heads down corridor, finds a suit of armor and a skeleton. As the party gets close to the armor, a swarm of living cockroaches shoots out
– ENCOUNTER 4: Cockroach swarm
– Party heads back to the crossroads after the fight, enters a locked door nearby.
– Party enters a library filled with stone tablets. As they look up at the various runes, a rune detaches and flies towards them
– ENCOUNTER 5: Rune guardian
– Party closes the door and rests. However, something manages to find them.
– ENCOUNTER 6: Festrog
– The group heads back down to Falk’s room and opens the other door. They encounter a goblin snake creature named Yrix who offers to explain parts of the Ossuary. It’s evident Yrix is a liar and knows some about Godsmouth, but it’s not an expert. The party pays to pass into the next room.
– The next room has a staircase leading down, but it’s impassable.
– Gunnar flips the table over, causing Yrix to attack.
– ENCOUNTER 7: Yrix
– Party heads back west, and at the crossroads heads north.
– Party reaches another T-shaped crossroads, and heads west to the blocked Sihedron door.
– Party goes east to the Great Pit. As they split up and travel around the pit, something from down below comes out to attack.
– ENCOUNTER 8: Necrophidus
– Elorin detects a draft coming from the wall, and it’s a secret room. The room is small and has a sarcophagus, but also a guardian.
– ENCOUNTER 9: Iron cobra
– Opening the sarcophagus, the party finds an extremely well-preserved corpse being kept preserved (presumably) by the Sihedron medallion around his neck
– The party continues to head east into a foul kennel area.
– ENCOUNTER 10: 2 (3?) Festrogs
– Gunnar touches the menhir in the middle of the kennel, and is transported for a moment to the Dark Forest, whereupon he sees an Otyugh grappling with a dinosaur, a headless horseman on top a spire, and lights in the forest.
– End.

Third, here is a list of the treasure you’ve found so far: