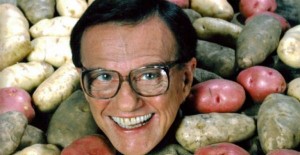 Ok, there’s one week left until the first Chesapeake Pathfinder game. I’ve been going over the rules, getting nickel and dimed on miniatures, and starting to formulate flavor text. Everything’s going pretty good but I have some house rule clarifications. Nothing major though, I actually think these will make things easier.

Please make your sheet on DNDsheets so I can look it over and make challenges for you.

– Identifying scrolls and potions – I’m going to use what I call ‘Nethack rules’ on these. You’ll find a potion with a different color/taste/smell or a scroll with an inscription of <RANDOM NONSENSE WORD OR PHRASE>, and once you identify it (using the normal methods) as a scroll of, say, cure light wounds, then any further scrolls of cure light wounds (even ones with +X enchantments) will be automatically identified.

It won’t tell you whether something’s cursed though, so watch out. This isn’t much of an issue in this dungeon though.

– Divine vs. Arcane scrolls – There’s a rule in the book that in order to read a scroll without a check, you need to fulfill these criteria:

1. You have to be the correct type of caster (Arcane or Divine) corresponding to the scroll.

2. You have to have the spell on your class list.

3. You have to have the minimum ability score.

4. You have to be at the minimum caster level for the spell (or else you make some easy check like DC = caster level needed + 1)/

I’m going to discard rule 1. There’s really one room in this dungeon where they specify one scroll as being divine and one as arcane, but  none of the other scrolls in the entire dungeon are identified as such. Rather than label some scrolls as arcane, some as divine, and some as both, all scrolls are going to be arcane/divine.