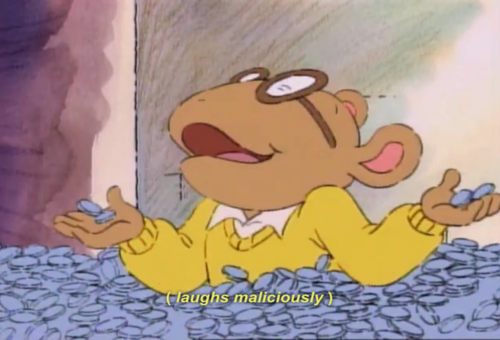 Whoa, it’s been 6 months since we lasted played Pathfinder?! Whoops!

Sorry for the huggeeeeee delay in the write-up for the last session, but we’ve had a lot of false starts and things going on, so the review kind of fell by the wayside! I’ll try to be a bit more timely from now on about posting these.

Also, I didn’t post this because, embarrassingly, I lost some of my notes/materials and the challenges from the previous session. Fortunately though, this was a heavy-encounter session (I actually remember all of those!).

In the previous session after the ambush at the Meatgate, the party found a heavy key featuring a person praying. Shortly thereafter (and after defeating the Cult of the Skinsaw), the party was collectively brought to Dakar’s hideout for a rare meeting with the Duskwarden leader Captain Alphonse, Dakar from the Merchant’s Guild, and Besel Ardoc of the Ardoc family.

It was revealed that the key to a prison in Kaer Maga called the Temple. The prison had long since been abandoned as justice in Kaer Maga is generally meted out swiftly and brutally without such ornamentation as ‘due process’ or ‘jurisprudence’. In addition, it was revealed by Dakar that the leader of the Lodge was a former Pathfinder named Kormiggon Sussworth, also known as The Wolfslayer.

The Duskwardens, still stretched thin from a civil war in the northern districts, asked the party to bring in Kormiggon alive for a sum of gold before the actual Pathfinder Guild (or worse, the Korvosan Army) decided to step in and solve things. At the same time, Dakar’s envoy offered to double the reward if Kormiggon was brought back to Dakar dead.

Inside the entrance to the Temple, Gunnar and Elorin found that not only was the Temple being used, but it was guarded by a regenerating troll. Shania swoled up Grifflebore using Enlarge Person, Valeria provided the Guidance of Sarenrae to all, and the party laid waste to the troll without a problem.

Other hazards confronted the group, including a giant scorpion kept by the Lodge as a pet and the last remnants of the Shadow Lodge’s goblin forces. Two Shadow Lodge operatives, a draconic sorceress and a human rogue, also attacked the group. When Shania put the sorceress to sleep, a debate arose within the group as to whether or not to kill her. The debate was truncated by Gunnar smashing the sorceress to death.

The party rummaged through a kitchen, dug through trash and found coupons, and confirmed that this was indeed the place where the goblins from the Halflight Path were armed. They also found diary entries indicating that Kormiggon, disillusioned with the Pathfinder Guild, made his way to Kaer Maga and made contact with a mysterious man known as the ‘Keeper’.

Eventually, the party made their way to the jail part of the Temple, and there they fought with hobgoblins, a goblin shaman, and a menacing bugbear. The jail cells were used to keep the goblin army while they were under the Shadow Lodge’s command.

On the upper floor of the jail, the party encountered unusually icy conditions. The traps that were laid out for the group were frozen or broken to the point of being useless. However, one particular arrow trap using an adamantine arrow pierced through the ice without any problem.

At the end of the hall, the group found Kormiggon but he seemed to be under the spell of an ancient necklace given to him by (perhaps) the Keeper or the bard Wymund Pratt. The necklace gave him control over a powerful ice golem, which proceeded to attack the party!

The ice golem’s assault was brutal, and Valeria had to call upon Sarenrae several times to counter the golem’s ice breath. Shania managed to get Kormiggon stuck while Gunnar fired arrows at the golem and at Kormoggin, and as Grifflebore and Elorin assaulted the former Pathfinder, the spell on the ancient necklace broke.

Kormiggon, confused and penitent, used his magic flame rapier Wolfslayer to help the group fight the icy menace, but as the ice golem grew weaker it exploded in a burst of icy shards that wounded everyone around it. A few heals from Valeria and quaffed potions though and everyone was back up and moving in no time. Inside a chest in the corner of the room, the party found a few magical items that were left over from the Shadow Lodge’s dealings.

Kormiggon gladly turned himself in for his crimes to the Duskwardens. Surprisingly, Dreng–the aged leader of the Absalom Pathfinder Guild–made the journey to Kaer Maga to pick up his former protege. More surprisingly, Dreng offered to make the group full-fledged Pathfinders! With that, the session closed.

– a scroll of Touch of Idiocy

– a set of adamantine arrows

The next game is scheduled for 12/28. More materials will be revealed this week.